Bruce Chalmer has composed a variety of Jewish liturgical settings, including songs published by Transcontinental Music, that have been performed at synagogues and choral concerts across the country. He has served as a lay service leader and choir director 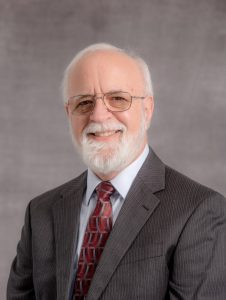 at Beth Jacob Synagogue in Montpelier, Vermont and Temple Sinai in South Burlington, Vermont, and has directed several versions of a Jewish community choir that brought together singers from several Vermont Jewish communities (here’s a concert from 2012). He was a founding member of Fyre and Lightning Consort, the group that recorded Berakhot: A Midrash Cantata in 2005.

He is also a member of Social Band, a group of singers in Burlington, Vermont, which has performed many of his choral compositions.

His composition Come Inside: A Midrash on Genesis 18:1 has been performed at several synagogues (follow this link for more information).

He is also a psychologist in private practice in South Burlington, Vermont. He is married to Judy Alexander, the education director at Temple Sinai, and they have five adult children.

The name “Chalmer” was “Khelmer” in the old country (the citizenship judge told his grandfather to Anglicize it)–in other words, Bruce is (apparently) a descendant of the Khelemer chokhomim (“wise men” of Chelm). That probably explains a lot.